Victor McCray is a Dallas,Tx native and the youngest of five children, Graduate from University of North Texas with a BA . He earned the nickname “Speedy” by fighting his way through the Golden gloves, a professional ranks as a world-rated boxer and former Olympic trials boxer, with stellar quick hands and foot speed, he used this God given talent as a foundation to “grab hold” to the vision that God imparted in him to reach out to youth in the community through sports and gospel music.

He began his unique ministry in the late 1980’s while hosting the radio broadcast, on KNON 89.3fm.  Sharing the gospel and community news  through music came naturally for him.  His broadcast was an inspiration to many and later opened doors for him to minister to thousands of Texas prison inmates.

McCray’s burning desire to give has not gone unnoticed.  Being recognized in the city by several organization mainly by Texas Gospel Music Excellence awards for his ability to gather and mentor young people, he serves as founder of say NO 2 drugs Resource Center in Dallas, Texas. This organization has been a venue whereby over 10,000 students from all over Texas and National have gathered for the “Battle of the High School Gospel Choirs”.  The “Battle” is the grand finale of the 3-day say No 2 drugs Music & Arts Fellowship Conference of which great gospel leaders such as Edwin Hawkins, Bishop Walter Hawkins, Kirk Franklin, and BET gospel TV host Dr. Bobby Jones have came and served in support of these events.

McCray utilizes his talents to organize youth and community events, workshops, church conventions, new artist showcases, and other seminars, he’s known best for speaking and motivating youth to becoming the best leaders. He believes that we should always maintain good work ethics, incorporate effective strategies, and empower youth in the local cities…”We become so that others may become more like us”.

His favorite foods are spaghetti with all types of meats with mushrooms, Hershey’s chocolate with almonds, and peanuts. 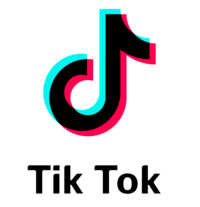